Half a year ago, I was working in the heart of Silicon Valley and attended many meetups and networking parties – yes, I would call them parties rather than events. It became obvious to me that I wanted to try to get my own business started once I would get back to Munich a few months later. Hence, starting in May, I showed up at many networking events for entrepreneurs in Munich in order to get to know the local Startup crowd. Also, I began to work for the startup smarchive which has an amazing team and creates a fascinating product. You should keep an eye on it! So now that I have experienced the entrepreneurial worlds of both Silicon Valley and Munich for roughly a year, I think it is time to look back and draw up a comparison. In the first part I’m going to talk about the topics “Idea + Team” and “Growing Your Business” while the second part will cover “Getting Funded” and miscellaneous aspects including what Munich has going for it. Both articles are solely focused on IT-related entrepreneurship.

Meetups and Networking Events
One of the things I enjoyed the most while living in Silicon Valley was the vast number of IT- and startup-related meetups. Basically every day it was possible to go to an event with renowned speakers, free food, free drinks and interesting people. Overall, those events provide a terrific environment for getting inspired and meeting potential team members! I was looking forward to attend such events or rather parties in Munich as well, but it seems to be a Silicon Valley thing. To get an idea, take a look at the list of events for the keyword “entrepreneurship” in San Francisco and in Munich. My viewpoint might seem a little biased as the concept of meetups is more prevalent in the USA than in Germany. And indeed, there are some interesting entrepreneurship-related events in Munich once or twice a week. But those are not as vibrant and somewhat conservative and business-like compared to the events in Silicon Valley. Hence, Silicon Valley wins this round!

Like-minded People
In Munich, if you tell someone you just met that you study computer science, it is quite likely that the other person will look at you with a facial expression implicitly telling you: “Oh, that must be boring and nerdy. You would have been better off with studying economics.” In Silicon Valley, you might provoke the same reaction, but there it means: “Oh, just another computer scientist like everyone else.” Telling this, I don’t want to say that it’s tough being a computer scientist, but rather that in the Valley everybody seems to be employed and interested in Tech. Hence, from the beginning you have a bond and can talk about the latest news and developments in IT. Everywhere you hear people sharing the latest information and spreading ideas. This is one of the most important unique characteristics of the Valley which allows you to be informed about cutting-edge developments and therewith stay at the forefront of technology. In comparison, in Munich entrepreneurship and IT are not such a big deal. Nevertheless, I have the feeling that more and more people are drawn towards the path of starting a tech-venture. While this is a respectable progress, Silicon Valley definitely is the place to be for tech-lovers and extends its lead to a comfortable 2:0.

Talented People
During my stay in San Francisco, I sometimes wondered where all the American people are hiding. The city, just like Silicon Valley in general, is a cultural melting pot with a great number of people from foreign countries like China or India. One of the reasons therefore is that Silicon Valley is the most renowned and famous place to work for every aspiring entrepreneur or programming wizard in the world. Many foreign founders don’t start their venture in their home country, but instead come to the Valley to do the former. Even if they already successfully started a company back home, it often happens that they move their headquarters to Silicon Valley to expand their reach (e.g. neo4j). Another reason for a high density of skilled people in the Valley are world-famous universities like Stanford or UC Berkeley which are situated in the center of the Valley or at least close to it. As a consequence, numerous highly talented people find themselves living and working in Silicon Valley. Nonetheless many founders personally told me that the one most difficult issue for them is not for example to get financed, but to attract and especially to keep great employees. This is due to the immense competition of the Valley which has been immanent to this place for years. Now, lets take a look at Munich. Relatively seen, there is less competition although many businesses are located in Munich and the attraction of companies such as BMW must not be underestimated. When it comes to education or rather production of talented people, Munich does not need to hide its face as it calls two world renowned universities its own, the LMU and the TU Munich. Also, recently people from within Germany even move to Munich to start their ventures (e.g. smarchive). Hence, a great pool of talented and motivated people is present from which it is relatively seen easier to recruit someone than in the Valley. However, if you are looking for the best of the best, then you should begin your search in Silicon Valley, which is why I would argue that this section as well goes to the Valley.

Sources of Support
Both areas excel at this topic! Incubators such as Y-Combinator or figures like Ron Conway can boost new businesses by adding value which is sometimes beyond price. Silicon Valley seems to emit a magical force of attraction upon savvy entrepreneurs and experienced business angels who are able to not only help out financially, but also to give good advice. On the other hand, Munich has a lot to offer as well. Next to numerous worthwhile competitions like the Munich Business Plan Competition (MBPW), many institutions provide support for founders, e.g. the LMU Entrepreneurship Center, UnternehmerTUM or the Strascheg Center for Entrepreneurship. All in all, if you are pursuing the realization of a thrilling idea with great team members and reach out for help, you will find plenty of support in both places. Nevertheless, the breath of possibilities and the vast amount of experience and entrepreneurial knowledge located in Silicon Valley ensure that another point goes to the Valley.

So far it looks like there would be no incentives at all for starting a venture in Munich when compared to Silicon Valley. As already mentioned above, in the second part of this article I will illustrate that this assumption is definitely not the case. Also, I will cover the topic “Getting Funded” and various other aspects. As this is my personal view about the differences between Munich and Silicon Valley and about what makes each of these places unique, I would also be interested in your opinion. So please leave a comment in case you have some insights to share. I would be happy to read them! 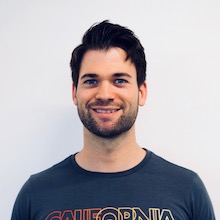